The Command Console is enabled by default. If for whatever reason it is not, you first need to do some tweaking in your settings.ini of your save. This can be found in the 'DoNotStarveTogether' folder, located in the following paths :

Locate the settings.ini and open it with Notepad or other text editors. Locate the [MISC] section, and make sure you are having ENABLECONSOLE = true under it. If it appears to be false, change and save it.

Then to open the console while in game by pressing '~' by default on English keyboards. This can be changed at any time in the controls menu.

Many Don't Starve Commands are still available in DST, so you can also read it.

Spawns amount of selected 'prefab' in your inventory. Only works with Backpacks and Items that can be stored in the inventory.

Apply a scenario script to the selection and run it.

Sets your health to selected percentage. Note: Use fractional numbers 0.90 = 90%. Sets your sanity to selected percentage. Note: Use fractional numbers 0.90 = 90%.

Sets your hunger to selected percentage. Note: Use fractional numbers 0.90 = 90%.

Sets your wetness to selected percentage. Note: Use fractional numbers 0.90 = 90%.

Sets your temperature to selected percentage. Note: Use fractional numbers 0.90 = 90%.

It won't drain Sanity, Hunger or Health when attacked anymore. You cannot change your stats with commands while in godmode. If you are dead, revives you(Reviving via c_godmode() doesn't put you in godmode once revived). To deactivate God Mode use the command again.

Same as God Mode but also sets all your stats to full, even when turning it off. Similar to c_godmode(), it revives you as well(Reviving via c_supergodmode() doesn't put you in godmode once revived).To deactivate God Mode use the command again.

Standard bonus runspeed is 1. 2 makes you twice as fast and with 20 or more you can easily walk through walls and 'over' water.

There's many other commands, but they're hard to use and not particularly useful outside of select situations.

Note: Most of them will not work if you are a client and not an admin sending a remote control ( switching to remote mode with Ctrl ) .

Enabled by default, setting it to 'false' will exchange rubberbanding for choppiness, but is often helpful for combat. This only does anything if executed by a client, hosts do not have prediction.

You can craft everything.

Change the Maximum Health of your character

Change the Maximum Sanity of your character

Change the Maximum Hunger of your character

Changes the Damage Multiplier of your character.

Turn Woodie into the Werebeaver. Change the .01 to 1 if you want to get out of Werebeaver form.

Note: Many of the following commands that are normally applied to your player, such as c_godmode() or c_sethealth(1), can be applied to other players by using c_select(AllPlayers[number]) first. So you will have the need for a playerlist to get the player numbers:

AllPlayers[1] will get ThePlayer if you are the host. Other players should have numbers as shown on the scoreboard (In certain situations, the number may be wrong. You can be more precise by using c_listallplayers() first to see the username and character for each player number. Most of ThePlayer commands can be used with AllPlayers[number] instead of ThePlayer. 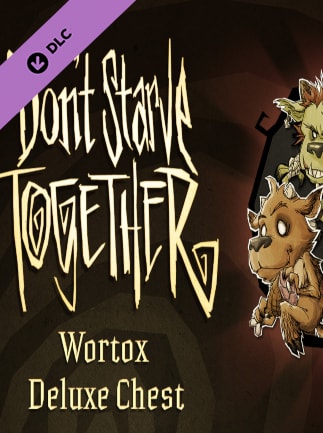 Replace command with another command, using 'v' instead of AllPlayers[number]. For example, 'for k,v in pairs(AllPlayers) do c_move(v) end' will move all players to the mouse position.

Moves the player to the cursor position.

This will delete their items, so it is recommended that you kill them first to drop their items, or let then DropEverthing() as shown above.

As of June 25, 2016, a new set of commands are introduced to call players. You can call a player by their player name instead of player number UserToPlayer('PlayerName'). For example, to kill a player called 'PlayerA' with player number 5, instead of doing:

This requires you to first run c_listallplayers() and figure out player number.

you can simply do this:

After pressing enter, it teleports you to the first numerical instance of the named prefab. If multiple iterations of the prefab exist, a list of the entity numbers will be displayed in the console log, and each subsequent execution of the same command will transport the player from entity to entity in the order they were generated in the world.

After pressing enter, it deletes the item under your mouse. Use the second command on dedicated servers, the first command will not work.

This is a local-only command and will not work if you are a client.

Note: There are 30 time units per segment. To skip a whole day one can either use LongUpdate(480) or use multiplicative values such as LongUpdate(X*16*30) or LongUpdate(X*TUNING.TOTAL_DAY_TIME), with X=days to skip.

Sets amount of segments. Errors if x + y + z adds up to over 16. Note that this will get reset the next day.
Example:

Very long day, very short dusk and night (one segment for dusk and one for night)

Sets amount of segments. Errors if x + y + z adds up to over 16. Unlike setclocksegs, this is permanent.
Example:

Very long day, very short dusk and night (one segment for dusk and one for night), with a slightly longer night in winter.

Sets the lengths of the seasons.

Lightning strike on mouse cursor. Will hit lightning rod instead if there is one near

Activates all Events on the same time.

Prints the distance between player and object under mouse to the console log (displayed with Ctrl + L by default).

Note that this can be accomplished more easily through the scoreboard. The userid can be obtained from the AllPlayers table. Once you've found the number of the player you want to kick (as shown above in the Other Player Commands section), you can use AllPlayers[#].userid.

if Player2 is going to be banned from the server, console command can be written as

Player can be banned for a short period of time. userid stands for the KU id of the player to be banned. Once it is obtained it can be put in this format:

This will ban the player with specified KU id for 120 seconds. This command should be entered to both servers if server has multi-level option (caves and overworld).

Reloads the world without saving. This command may crash your game if you are a client (unless you send it as a remote command).

Regenerates specified items in a world.

Regenerates specified items in a shard.

Forces the server to save immediately (servers normally autosave whenever night finishes).

true will save the game, false will exit without saving. c_shutdown() is the same as c_shutdown(true).

Setting it to true is the default behavior (people can join). Setting it to false prevents anyone from joining.

This allows you to announce server shutdowns/restarts so players do not just get disconnected without warning.

Clears the morgue. Requires closing and reopening the game for changes to be seen.

Send the command using remote. This returns the total number of something in the entire world, and returns the value as though your character is talking.

To change tendency replace DEFAULT with one of the following. 'RIDER', 'ORNERY', 'PUDGY'