Plot: What’s it about?

When Christopher Nolan decided to reboot the Batman franchise, it didn’t take much convincing to do. Evidently it took all of ten minutes for Nolan to present to Warner Brothers before they gave him the green light. This tells me that they were either thinking the same thing or they were fans of Nolan to begin with. Regardless of the reason, based on finances alone – it was a pretty good decision. The Dark Knight alone made over a billion dollars and both Batman Begins and The Dark Knight Rises weren’t exactly box office flops. While the Tim Burton and Joel Schumacher Batman’s had some moments, Nolan’s really delved deeper into the psyche of Bruce Wayne and presented us with a more troubled soul as opposed to a billionaire with problems. But…the trilogy is now complete. Warner has collected their billions of dollars, we’ve been inundated with DVD’s, HD-DVD’s and Blu-ray’s. What now? Ah, I got it! If they’ll buy it once they’ll buy it again, right! Yes! In truth, Warner hasn’t really double dipped too much on these Batman titles, but we’re now presented with an “Ultimate” collection. Below is a synopsis of the movies themselves and more as to what to expect from this latest UCE from Warner.

We meet Wayne family, the story of their murder is pretty much the same, but we see the motivation of Bruce (Christian Bale) and his hell hath no fury attitude to avenge his parents’ death. We meet Bruce as he’s in a prison camp, only to be released by the mysterious Henri Ducard (Liam Neeson). Ducard offers Bruce training and the means to fight evil through less obvious methods. In somewhat of a “Matrix” setting, Bruce learns the ways of his master, only to rescind at the last minute when he’s asked to kill a man. It’s then that he heads back to Gotham City to get back to his life. His childhood friend is now an Assistant District Attorney (Katie Holmes) and loyal servant Alfred (Michael Caine) is still keeping Wayne Manor running. It’s explained earlier in the movie of Bruce’s fear of bats, and after voyaging into a mysterious cave (below Wayne Manor), he conquers his fear and we all know what he doesn’t – this is literally the bat cave.

Bruce tries to re-connect with his older life but manages to make a mockery of himself by masquerading as a drunken millionaire playboy. This is only a rouse, however, so that he can dedicate his time and efforts into becoming Batman. Morgan Freeman plays Lucius Fox, an employee of the company who has been relegated to working on top secret projects that aren’t ever used. Bruce, though, finds plenty of use for these little toys and anyone who knows “Batman” knows it’s all about the gadgets! Naturally there wouldn’t be much of a movie if there were no super-villain and we meet one of the more unique ones here with the Scarecrow (Cillian Murphy). The Scarecrow is actually Dr. Jonathan Crane, a menacing person who’s employed by Ducard. Their plot is to poison the water supply of Gotham City and have the city wipe itself out – thus “cleansing” the world. Can Batman save Gotham or is all hope lost?

Sequels are supposed to be bigger and better and such is the case with The Dark Knight; the eagerly-awaited sequel to 2005’s Batman Begins. Unless you’ve been hiding out in, well, a (bat) cave the last year or so odds are that youve heard a thing or two about this movie. Is it the biggest movie of all-time? Is it better than the original? Did the sudden passing of Heath Ledger shine a little more light on this movie than need be? These are all speculative questions and ones that I don’t really know the answer to, but I will say that this film is one of the few that I actually went out and braved the audiences and saw with the masses. I will say, right here and now, that I preferred Batman Begins to this movie though I feel both are superb films. I think Heath Ledger’s performance of the Joker is beyond reproach and he should get an Oscar nomination for his part. Director Christopher Nolan is also in top form and if his vision was to make the Dark Knight (both the film and the character) truly darker then he’s succeeded. Though I liked Tim Burton’s adaptations of the Batman character, I prefer Nolan’s. This coming from the person who brought us Memento, should we expect any less?

The Dark Knight focuses on the same characters and brings in a few new ones to the mix (oddly enough the Joker and Two Face were both characters in the earlier batman films played by Jack Nicholson and Tommy Lee Jones respectively). The Rachel Dawes character is now being portrayed by Maggie Gyllenhaal (take that Katie Holmes). The plot is painstakingly simple in that Batman (Christian Bale) is helping Lt. Gordon (Gary Oldman) and newly appointed District Attorney Harvey Dent (Aaron Eckhart) fight the war on crime. All is going well until Gotham sees the rise of an evil crime lord known as the Joker (Heath Ledger). The Joker is relentless in the damage he can cause and has no qualms about the trail of bodies that he leaves in his wake. Will Batman be able to fight off the Joker? Will Batman’s billionaire alter-ego be found out? Will there be new Bat toys for us to fawn over? All the answers are contained in The Dark Knight.

The Batman was first (re) launched back in 2005 when Nolan took the franchise over from Tim Burton and Joel Schumacher, who turned it into more of a circus act than anything of cinematic value. This approach has been done with The Hulk and now The Amazing Spider-Man (and soon to be Superman) as well. Nolan is a visionary director and the way he handed “The Dark Knight” was just that – very dark. We’ve got villains that are actually deranged and insane, not just muscle-bound guys who put on spandex. Of course it’s hard to mention this new line of Batman movies without acknowledging the second in the franchise. The late Heath Ledger earned a posthumous Academy Award for his portrayal of The Joker, so the stage was set and the bar very high with The Dark Knight Rises.

Eight years have passed since Gotham City has last seen Batman. Harvey Dent (portrayed by Aaron Eckhart in the second film) is now a martyr and a symbol for supposed justice in the city. Bruce Wayne/Batman (Christian Bale) is now a recluse in his mansion, watching the world from the inside. But a new villain by the name of Bane (Tom Hardy) has plans for Gotham City which just might get Batman out again. After a brief scuffle, Wayne is relegated to a prison in which there is little chance for escape. Bane now has Gotham City in the palm of his hand and plans to destroy it using a modified nuclear bomb he attained from Wayne’s now defunct empire. Not all hope is lost, however, as on again/off again “ally” Selene Kyle (Anne Hathaway) and officer/Detective Blake (Joseph Gordon-Levitt) are trying to solve the mystery as well. But, will they be in time to save Gotham City from certain destruction?

All three films look just as amazing as they have in their stand-alone editions. All films are presented in a very wide 2.40:1 HD transfers that take full advantage of what Blu-ray has to offer. Looking at Batman Begins, I found the image to look a bit warmer than its two successors. Bluestacks 2. Maybe it’s just me, but the first third of the movie seemed to have some earthy tones that gave the movie a generally more “human” look and feel to it. Contrast this with the more industrial feel to the second film that were perpetuated with greys and blacks. This is continued in the final installment which seems to have a more muted palette all together. Yes, most of the films do share some commonalities, but each seems to retain its own look and feel as well. Detail is amazing in all three, we can see the little displays in the backgrounds, see the individual strands of green in the Joker’s hair and the detail of the set design. Black levels (and this plays a huge factor in these films) is rock solid with contrast not being an issue. The second two movies do have some IMAX sequences in which the screen will change its aspect ratio from 2.40:1 to 1.78:1 and this UCE set does contain the complete IMAX sequences from those latter two films.

Warner didn’t feel the need to go back and give all three movies a consistent sound mix, so the included Dolby TrueHD mixes found on Batman Begins and The Dark Knight are present and sound the same as they did on their stand-alone discs. Don’t read anything into that – they were amazing. The DTS HD Master Audio mix found on The Dark Knight Rises is the lone DTS offering of the three, but no matter who was responsible for the sound mix they all sound top notch. Dialogue really took front and center for me as we get such a variety of vocals from both Batman and his enemies. The Joker’s gargled vocals seem to spill right out of the speakers while the muffled voice of Bane resonates throughout the speakers. Let’s not forget Bale’s different inflections as well – evidently what got him the part of Batman was that he decided to have two decidedly different dialects for Bruce Wayne and Batman. Wayne, a more reserved tone and Batman a more grizzled, raspy tone that made him sound more mysterious. Of course, these are just a sampling as to what the movies have to offer. We’ve got explosions, buildings blowing up, bat gadgets galore, motorcycle chases and just about everything in between. These will use every bit of your surround sound and regardless of how many subs you have, they’ll all rock the room. Suffice it to say that the Batman movies have been and will always be known for robust audio.

Supplements: What are the extras?

Here’s the rub when it comes to this Ultimate Collector’s Edition set (and many Ultimate Collector’s Edition sets in general) in that there’s not a lot of bonus material offered here. If you’re like me and already own all three Batman movies on Blu-ray, there’s not a lot of added supplemental material here to really warrant a purchase. You can buy The Dark Knight Trilogy on Blu-ray for about a third of the cost that you can pick this up for. Granted, you do get a disc of supplemental material that’s not previously available in that set and also included is a 48 page hardcover book, three Hot Wheels replica cars (of Batman’s various modes of transportation) as well as some Mondo Villain Art suitable for framing if you wish. But, getting down to the nuts and bolts of it, all I’d personally really want is the extra disc of supplements. So is it worth it to pick this up just for that? That’s up to you.

We’ve already reviewed the special features on the stand-alone discs, so we won’t re-invent the wheel. You can find reviews of the individual movies for Batman Begins, The Dark Knight and The Dark Knight Rises. However here’s what to expect for the additional disc: 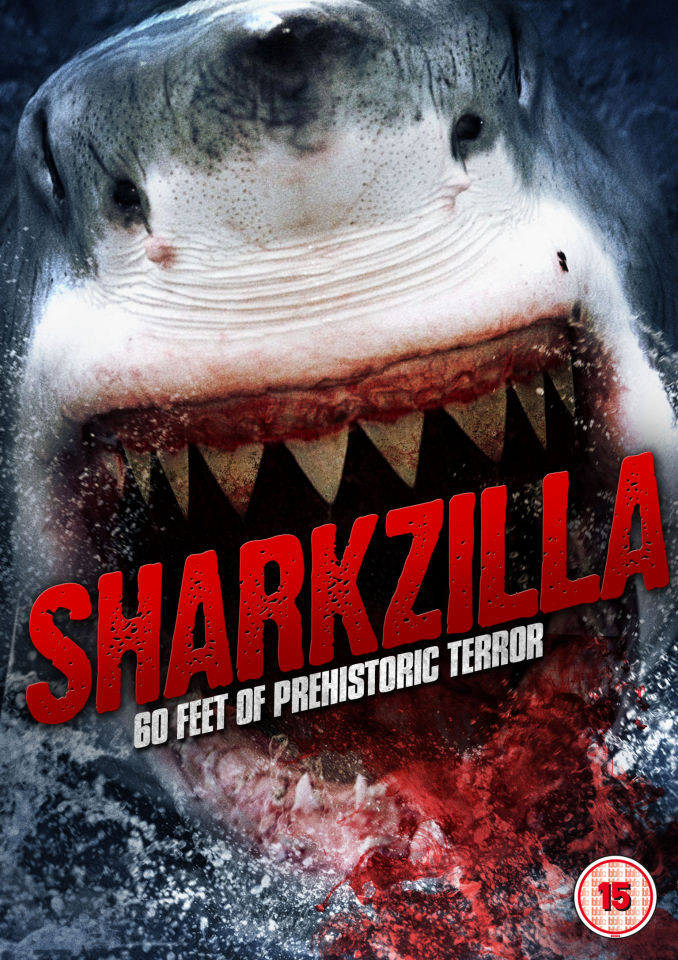