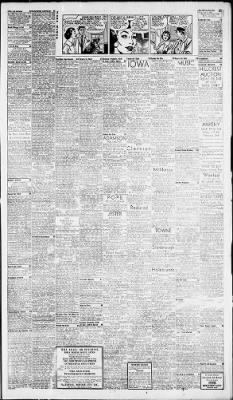 There are six main battle types, three of which are Random Battle modes, and several more in development. You can choose different battle modes by opening the pull-down menu below the red 'Battle!' button. Please note that 'Special Battle' is not available until 15 minutes before specific events, such as the beginning of a Clan Battle.

In this game mode, 30 players on each team will fight each other. Only tier X tanks can participate in this battle mode.

Currently limited to the following maps:

30 vs 30, multi phase battle with respawns. Seasonal, 1 week per month. Only tier VIII tanks can participate in this battle mode, however, rental tanks are available if you don't own one. More information here: Frontline

During the football/soccer World Cups 2014 and 2018 and the 2016 European Championship there was a football/soccer game mode with 3 vs. 3 special tanks on a special map.

Introduced in update 9.4, Team Battle mode is '7/54 format'. Each team has seven players and is comprised of a maximum of fifty-four total tier points. Minimum tier is tier VI, maximum is tier VIII. Teams consist of either six tier VIII tanks and one tier VI, or five tier VIII and two tier VII tanks. Unique to Team Battles is a two-flag Assault Game mode, with one team defending two separate capture circles. Capture time is accelerated to 120 seconds (up from 100 seconds in standard battles), and the battle time limit is seven minutes.

Team Battles put a strong emphasis on co-ordination and communication, and are the current form of WoT professional competitions such as WGLNA. Battles are a maximum of ten (10) minutes.

The following tanks are most commonly used in Team Battles:

Team Battles mode uses a skill-based matchmaking system based on players' personal ratings. When a team submits to battle, they will enter a matchmaking queue. The matchmaker attempts to assign an opponent of similar rating. If a similarly-rated team can not be found after five minutes, the team is matched to any available team. If no other teams are in the queue, the team will return to the team formation screen.

Update 9.7, introduced ranked Team Battles. Ranked battles feature permanent teams of up to twelve players (with seven able to play at any one time) and team-specific ratings used for matchmaking. Ranked team are shown the selected battle map before the battle starts and tanks are selected.

Prior to update 9.4, Team Battle mode was '7/42 format'. This mode also featured seven players on each team, but comprised of a maximum of forty-two combined tier points. Minimum tier was tier I, maximum was tier VIII. Typical teams featured five tier VIII tanks and two tier I tanks. The battle mode was standard Encounter Battle, with one flag for each team.

In this battle version, players can form their own team by inviting friends or allowing random players to join their company. Team rosters are built using a point system. After forming your team, it will be placed into the Tank Companies Matchmaker. This matchmaker is similar to the 'Random Battle' matchmaker, however, the algorithm used needs at least 4 teams formed to function properly. It is impossible for the matchmaker to create a battle without at least 4 tank companies being ready. Players in a tank company are able to communicate with their teammates using the game's voice chat feature. Each team in a Tank Companies Battle will receive credits and experience in accordance with damage dealt, etc. The winning team, however, will receive a percentage of the losing team's credits and experience, causing the losing team to gain less experience and credits than they would normally expect.

Companies are available in 4 divisions. Junior, Medium , Champion and Absolute.

The 'total tier level' indicates the minimum and maximum sum of tiers of all the tanks in the company.

A variant of standard battles using a separate queue to join, released in 9.0. Uses a limited selection of historically-inspired scenarios at a given time that can be changed at will. Notable in that all tanks which participate in a battle are restricted to specific module and ammo setups unique to each tank and normally in line with the configuration which would have been encountered in that engagement. Crew, consumables, camo, and equipment however carry over from whatever configuration of the tank is in the player's garage and do have an effect in battle.

Criticized in its first (9.0) iteration for long queue times, MM balance issues, tank balance issues stemming from using tanks balanced for random battles situations (which tend to make higher-tier historical tanks even more powerful in historical mode), lack of incentive for playing lower-tier tanks in a given lineup, and lack of features separating the mode from normal standard battles once in battle, historical battles is generally considered to have been incomplete at launch. WG has promised to continue development on this mode in the future, including such features as separate stats for HB mode for each tank as well as respawn mechanics and economic incentives for lower-tier tanks which do play.

Historical Battles was removed from World of Tanks for rework and revision in the 9.2 update.

A type of random battle in which each team consisted of tanks from one single nation. China and Japan were excluded, due to their complete lack of several tank classes.

Confrontation battles were introduced in patch 8.11 and removed the very next, in patch 9.0. This was due to imbalance, where the play styles of some nations completely countered those of others.

Prior to battle, you can select up to five of your tanks from your garage. When you die in battle, you respawn with the next tank on your list.

Only a few tanks from the team have the ability to capture enemy's base, the opposite team has to defend the base or destroy all the invaders.

Status: no longer in development after tests showed random players lacked the required ability to team-play.

Clan Wars beta will last until a roaming feature allowing players from RU, EU and US servers to play against each other, competing for the same provinces on the global map.